Playing For The Health Of It | The Willie "BJ" Williams Story 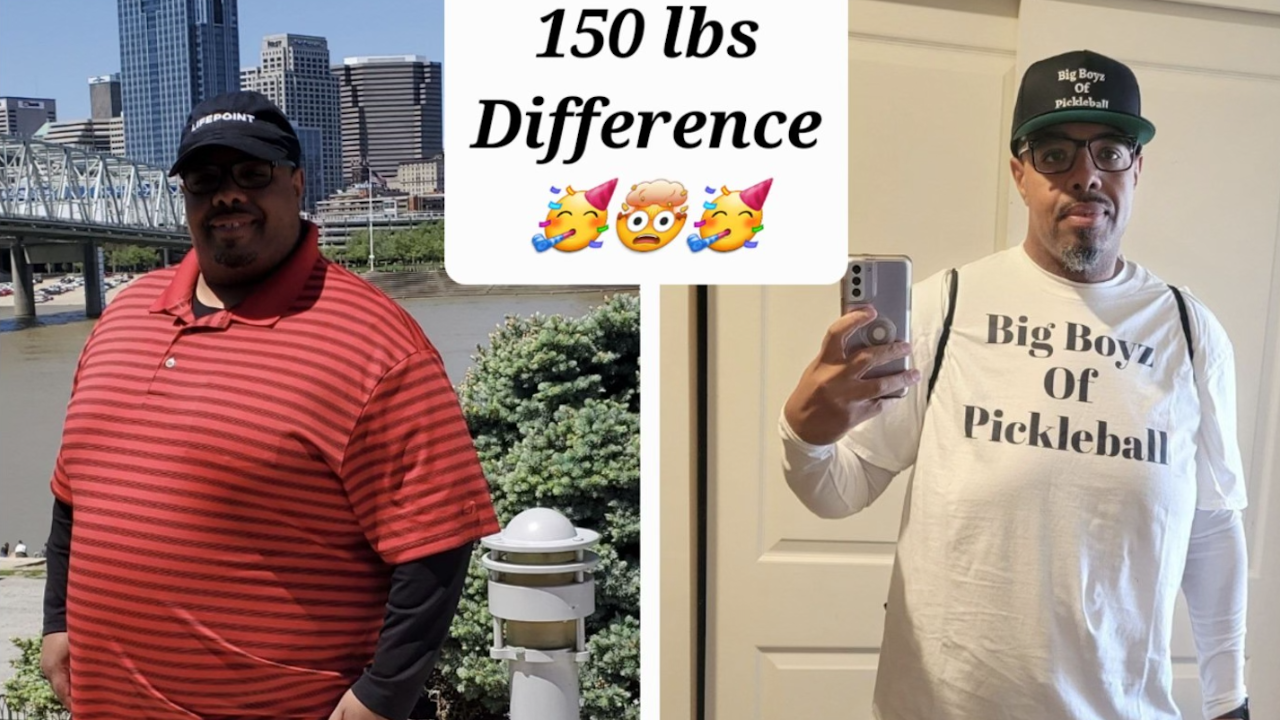 If you had to describe Willie BJ Williams’ characteristic personality, it would start with turbocharged effervescence. His nickname is the B.J. nestled between his first and last name which combines his middle name of Bernard with being a Jr. At 38 years old, Willie is the epitome of positivity, high energy, and intention. At 5 foot 9 and weighing well over 300 pounds, Willie was always the big guy everywhere he went.

“I always knew I was big," he said, "but I could play sports, even pickleball, at that weight. I didn't realize how big I was or the effect that weight had on my knees.”

When Willie hit his heaviest at 395 pounds in December 2020, he was standing on the scale at his doctor's office right before his annual physical exam.

“I couldn't believe it when I tipped the scale at 395 pounds,” Willie acknowledged. “Seeing that number scared me. I've seen people on TV weighing 400 pounds or more who have lots of health problems. I didn't have any problems like that, but it hurt me inside. I finally understood it was time for a fundamental change, something I would stick with. I discussed it with my doctor, and it was obvious that I would have to be intentional in my eating and activities from then on.”

“In the past, I always made excuses for eating unhealthy foods. I ate a lot of fast food, drive-through, take out, and if I cooked, it would be food like a chicken pot pie with a stick of butter in the recipe or spaghetti for dinner and spaghetti leftovers for breakfast. I figured I could burn off those calories playing sports. I had tried plenty of diets before but just didn't stick with any of them.”

Once an avid tennis player, Willie discovered pickleball after a group of people repeatedly coaxed him into trying the sport. And it has been pickleball that has changed him mentally and physically. 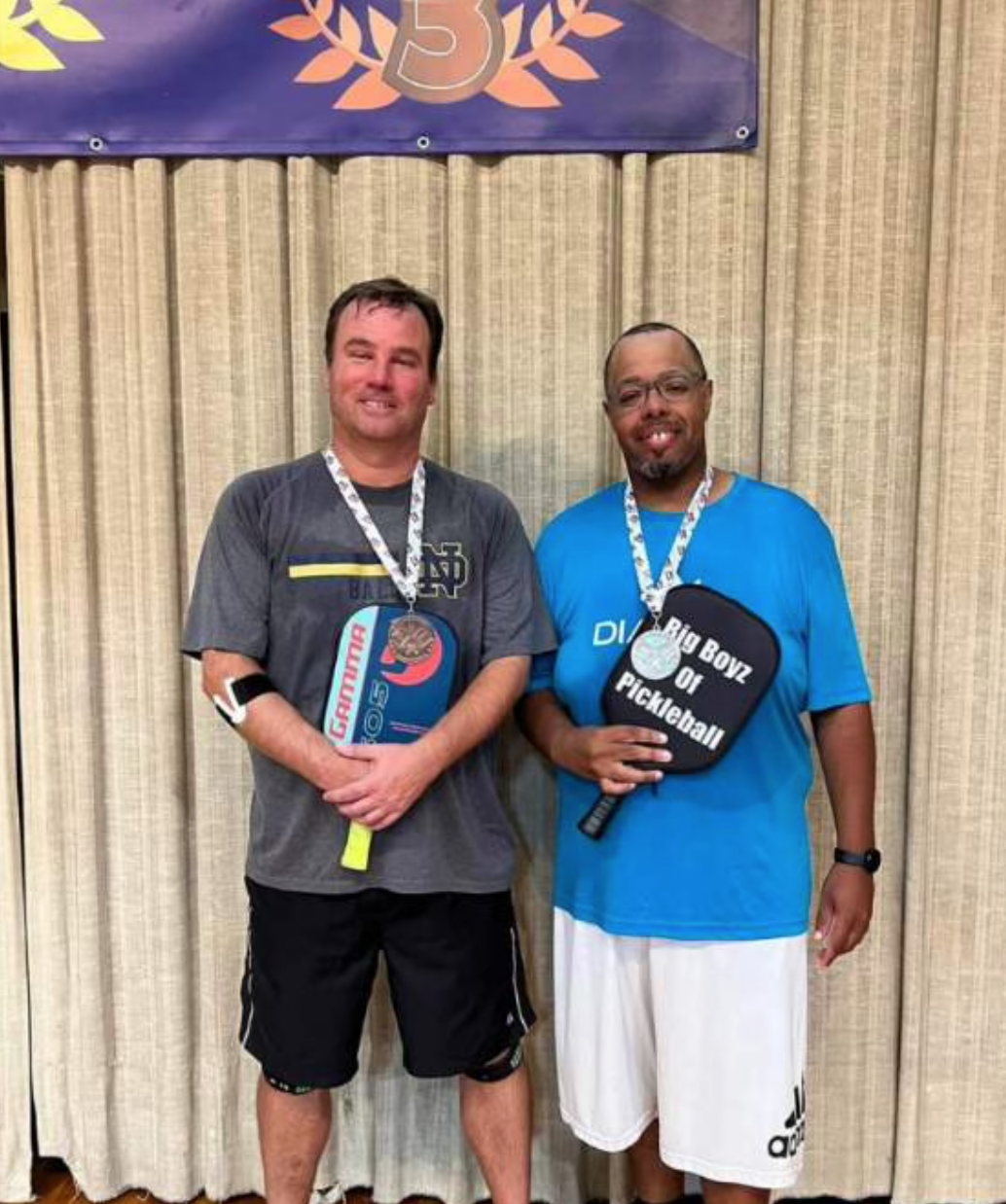 “I wasn't interested in playing for the longest time,” he says with a laugh, “I didn't have a paddle and didn't know how to play. They explained the rules and told me that tennis players have no problem learning the game.”

“They were right,” he continued, “but they torched me in those first games. Because I am so competitive, I couldn't let that go. I had to come back and try to beat them. I only planned on playing once in a while, but pickleball just devoured me. I fell in love with the game and wanted to play it all the time.”

Willie shed sixty pounds initially playing hours of pickleball along with very conscientious eating. Then in April 2021, he had a surgical procedure called a gastric sleeve which enabled him to lose more than ninety additional pounds.

Willie's nine-to-five work-from-home job is as a customer service manager for American Traffic Safety Services Association. His side hustle is with an organization he founded called Inspire the Fire, Inc. (F.I.R.E. stands for Focus, Intentional, Relentless, and Energize), where his motivational speaking and inspirational leadership skills boost morale and success in many Fortune 500 companies.

It is those skills that have helped Willie find success in both pickleball and his weight loss.

“My thought process is so different now,” Willie notes, “I cut out meat during the week and have some chicken or fish on weekends. I eat many salads and tend to use fruit as a snack. I do protein shakes and an egg with some cheese, but I don't really do carbs. If I need a snack, I might count out seven tortilla chips, put cheese and salsa on each, and microwave them, and that's it. Sometimes I don't even eat all of them.”

“Once I started eating intentionally," he continued, "my wife, Dana, got involved and lost 40 pounds. We supported each other.”

"When I found pickleball, something inside made me come alive, and the weight loss became a byproduct. You have to have small goals and something to keep you steady. I played pickleball at a high level for many hours, which accounts for the first sixty pounds I lost."

Willie's recovery after surgery was reasonably rapid, and the doctor felt playing pickleball had much to do with it.

“Once I was completely healed from my surgery and could play at the high level I had attained,” Willie says with a laugh, “my pickleball friends would say, no disrespect, but can we get Big Willie back? The new Willie is too quick and covers all of the court. Several people have told me they would never have guessed I could carry that much weight and still play pickleball.”

Willie notes that pickleball was instrumental in his weight loss journey, but the game is phenomenal and has a different dynamic than other sports he has played. He played football and basketball in high school and later joined rec baseball and volleyball leagues. He also played a lot of table sports like pool and table tennis.

“I have never played a sport that crosses so many age groups, nationalities, gender, or race and still draws people together,” Willie confides, “you can play pickleball just for the sport of it, but there is more there if you want it. It can help with weight loss as it did for me; it can help with mental health if you need a break from your everyday routine, and it is so social.”

“I mostly play mixed doubles when I play in out-of-town tournaments,” he noted. “In Louisville, Kentucky, where I live, it is mostly open play where everyone rotates in and out. I also just started playing singles. I am between a 4.0 to 4.5 player, but it took a lot of work to get there. One of my favorite things to do on the court is slow the ball down and control the game's pace. I am a sneaky finesse player.”

You can find Willie on Instagram @BigBoyzofPickleball and his website at www.williebjwilliams.com. Will he change his Instagram name now that he has lost so much weight?

“Not a chance,” he says, “I call this chapter of my life ‘My Big New Life’. Originally the Big Boyz of Pickleball was a way to reach out to bigger people to get them interested in the game and connect with them. The big part of it is still accurate. For me, it is about big plays and big good times. Pickleball has done that for me.”

“You know,” he said with a hearty laugh, “as great as pickleball is, I think it could bring world peace.”

By Laurie Einstein Koszuta (My Mom). Aka ThatPickleballMom.

Join my newsletter — it’s for the obsessed pickleball player!

Each Thursday, get 1 actionable tip, watch 1 entertaining video, and read about my journey to pro pickleball.

We hate SPAM. We will never sell your information, for any reason.

Get started today before this once in a lifetime opportunity expires.